The performance was created on a bulletin board in the Musrara Neighborhood in Jerusalem, which was the border between Israel and Jordan between 1948-1967-The no-man's land.

The Musrara neighborhood is populated with both Jewish and Arab residents, long-established families, ultra-orthodox Jews, monastery residence and nuns, students, and artists. The contiguity of these contrasting communities in a relatively small area results in cultural differences that constantly threaten to fracture.

The work was created between February and July 2012. The residents of the neighborhood also contributed to the story presented in the video.

The painted life-size images and views are constantly transformed and recreated in response to different figures that pass by the mural and the stories they tell. 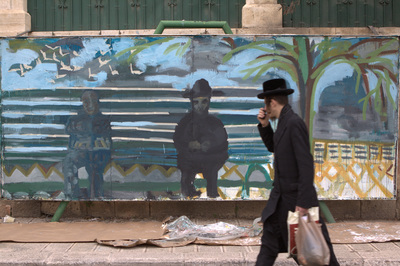 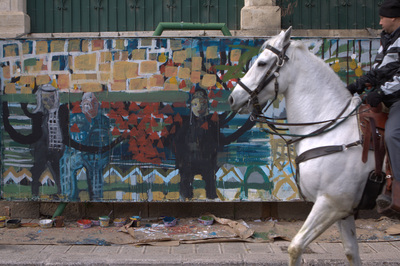 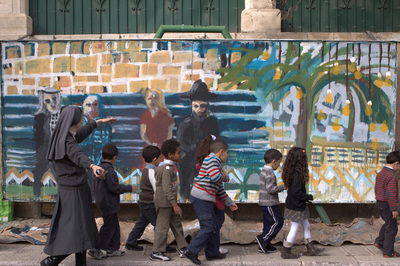 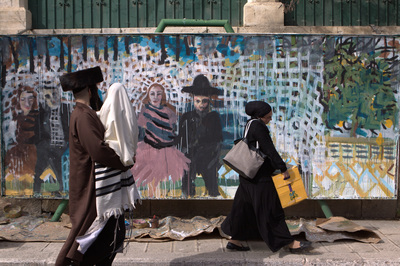